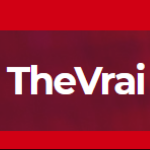 The bodies of COVID-19 victims in a German city are having to be stored in a shipping container as the pandemic continues to spiral in the country.

Germany‘s Robert Koch Institute – the government agency responsible for disease control and prevention – added another 33,777 confirmed cases of coronavirus in its most recent numbers, bringing the total to 1,439,938.

The number of deaths has reached 24,938 after a further 813 were recorded, with the grim figures coming after the country was placed into a new lockdown.

Live coronavirus updates from the UK and around the world

In Hanau, near Frankfurt, the bodies of people who died with the virus are being temporarily stored in shipping containers that were put in as a contingency at the start of the pandemic.

Two victims are in the refrigerated container at a cemetery, and there is room for a total of 25, with local hospital mortuaries already full.

Alexandra Kinski, head of cemeteries and crematoriums in Hanau, near Frankfurt, said: “If a person passes away and there is no space in the clinic, then they come here and stay for a short while, until the deceased is delivered to a final resting place, for example here in the cemetery.”

Germany went into lockdown on Wednesday following a resurgence of COVID-19.

A record number of deaths was reported on Tuesday, with 910 new fatalities, according to Johns Hopkins University, which is tracking the pandemic worldwide.

Schools and non-essential shops will be closed in the run-up to Christmas, while private gatherings over the festive period will be limited to five people from two households.

The hospitality sector will also remain shuttered, with the measures set to stay in place until at least 10 January.

Meanwhile, the Berlin city government has announced it will start rolling out the Pfizer/BioNTech vaccine to elderly residents in care homes from 27 December.

An announcement is expected from the agency on 21 December.

Germany was seen as one of the more successful countries on the continent amid the first wave of the pandemic but looks to be suffering as winter bites.

Chancellor Angela Merkel has suggested that a rise in social contacts amid Christmas shopping is partly to blame.

The Headlines: Putin Rejects a Place at the NWO Top Table Vows to Be Their Formidable Enemy!

WHO As Nations Suspend Rollout